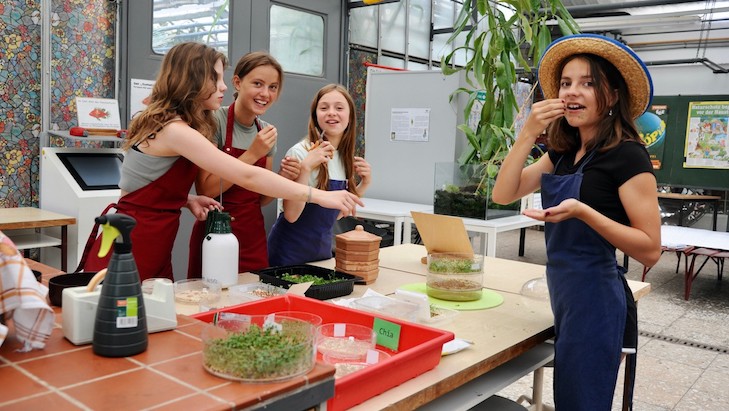 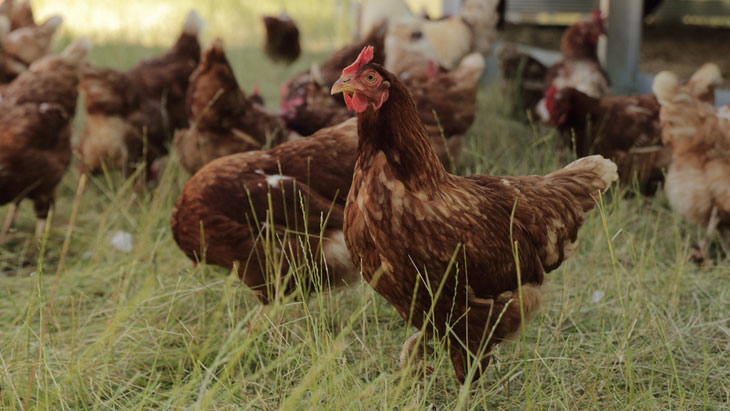 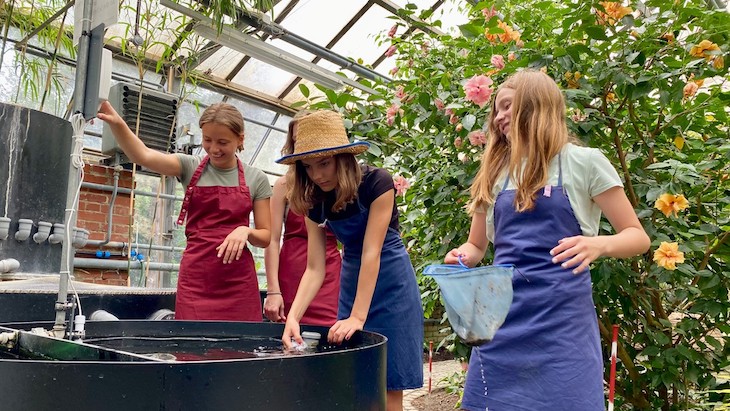 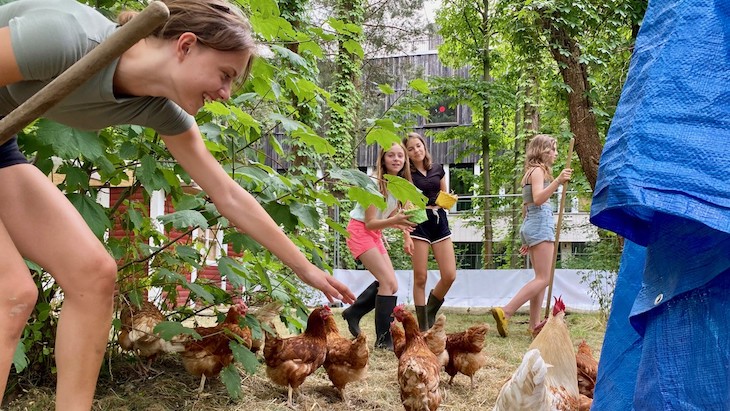 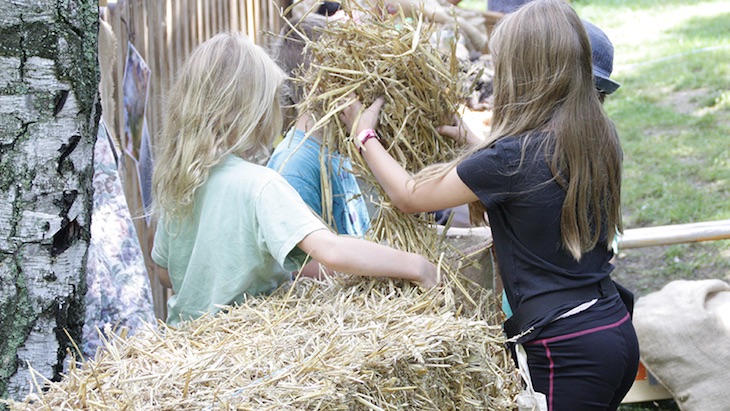 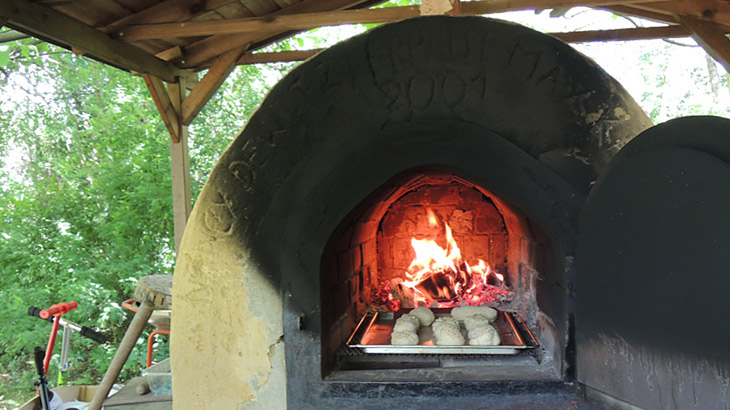 This is where all of the food required by Camp Utopia is produced in a sustainable way. Whether it be eggs from the chickens, baguettes from the clay oven or microgreens from the vegetable patch, there's enough to go round for everyone. This independent supply will be used to create sustainable and healthy food for visitors and citizens alike.

In Utopia, we look after chickens. Among the tasks involved are cleaning the stalls collecting the eggs and feeding the hens. 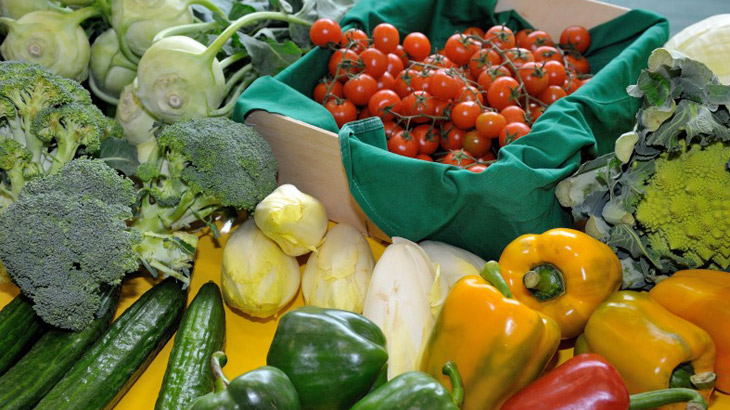 The City Farm has a wide array of projects, many of which need your support so they can grow and thrive.
City farmers will be looking after shoots, sprouts and so-called microgreens (baby greens from cress, mustard, alfalfa, etc.) - perfect for salads and sandwiches. Other projects include the vegetable and herbs garden, the fish and tomatoes in the aquaponics system and the supply to the children's kitchen.

The herbologists are on hand to harvest, collect and rub medicinal herbs and plants and make tea with the solar cooker.
Environment researchers will be exploring the farm's solar plants and collecting water and soil samples to check everything is growing in a healthy way.

Urban farm designers will be building mini safe havens for city creatures. This will include nests for birds and mini worm station and seedballs (in the week of 12th to 16th July). They'll also look forward to hearing your ideas for a sustainable farm of the future. 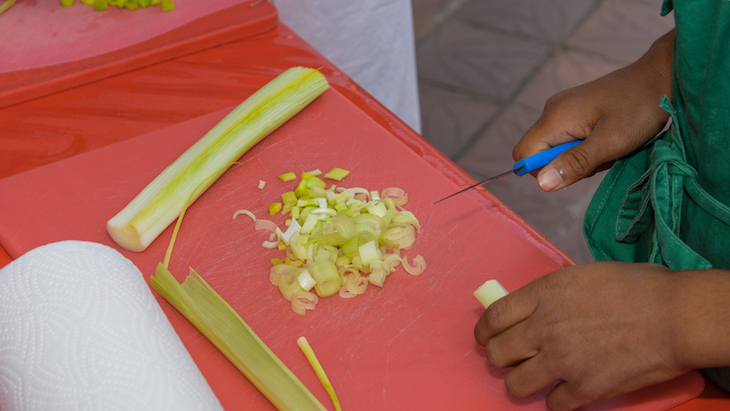 Together, we make healthy meals using the freshest ingredients. Featuring a wide variety of choices from bread baked in our clay oven and garnished with microgreens to healthy stews and soups using vegetables from the patch. All the main ingredients have been cultivated on site, so whether you're after a lunchtime meal, an ice cream or fruit-based snack, we've got you covered.

Restaurant: The main dishes that we prepare are available in the restaurant. Here you can take a break, relax and have a chat with your fellow campers/visitors. 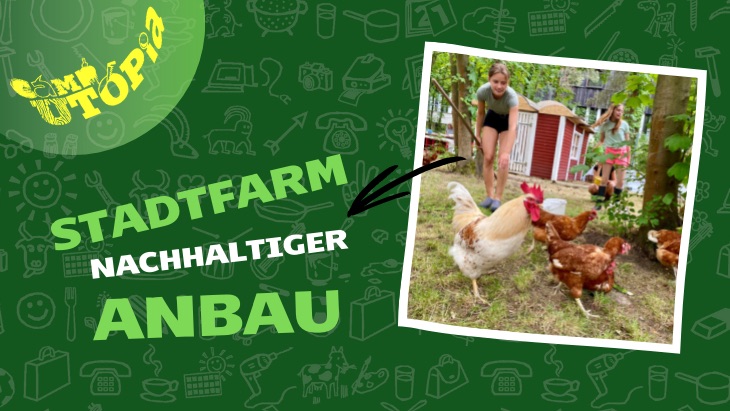 In the 3rd week of Utopia, it's time to take a look at our food chain and what we eat.

The City Farm will chair the forum during this week as we turn our attention to nutrition. Seasonal and local ingredients for the food we prepare is the theme and ensuring the camp is catered for with healthy and delicious food is the aim.

On Friday 16th July, the City Farm will hold a celebration featuring a range of ideas conceived during the week. 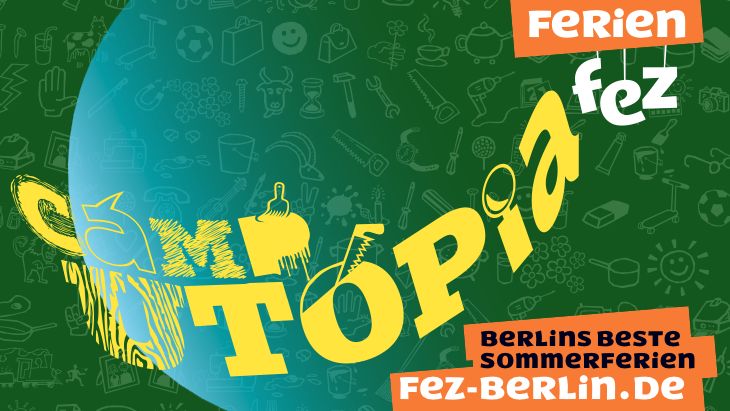 We use cookies to personalize content and ads, to provide social media features, and to analyze traffic to our site. We also share information about your use of our website with our social media, advertising and analytics partners. Our partners may collate this information with other information that you provide to them or that you have collected while you use the Services.